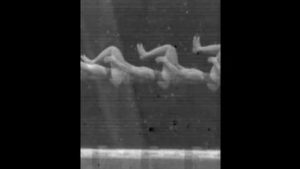 Neurological films focus on proxies for function: the “fitful gaits,” “nervous twitches,” “strange sideways jerks of the eyeball,” and “ataxias of all kinds” that had long been used to reflect and categorise neurologic pathology. Early filmic studies of physiology corroborated this approach. In 1872 Eadweard Muybridge famously used the chronophotograph to break down the galloping motion of horses in order to win a bet; in the 1880s, Etienne-Jules Marey produced a taxonomy of normal human gaits that also enabled the identification and categorisation of pathological ones. These films now have a revered place in film studies canons, and many scholars regard them fondly as early forms of a young technology exploring its possibilities.

Neurologists have continued to make films of gross anatomic movements of bodies even after the advent of the fMRI, yet neurology films, and medical films more generally, have only lately received real scholarly attention. This has largely been the result of the privilege of text as a primary source. A small cadre of scholars has begun to correct this, pointing out not only that these films proliferated and were intended by their makers to be serious scholarly works, but also that, once mined for their meaning, the significance of these films, and the visually vivid glimpses – literal and metaphoric – of medicine they afford, can offer new critical insights. This project explores the ways in which film introduced a new way of creating, staging and producing of a neurological ‘imaginary’ for neurologist-filmmakers. With the brain hidden in the skull, the motions of the body itself were held to be the indicators of neurologic function. The motion picture camera’s ability to capture these motions conferred onto them a renewed significance, born at least in part of the longevity and portability, and possibly also manipulability and editability, of the medium of film. 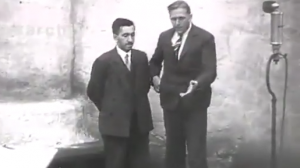 Even as neurologist-filmmakers saw the invisible inner workings of the human brain in palpable movements and set out to capture both on film, they also created – imagined – in new ways the subjective experiences of patients suffering from neurologic pathologies. Scholars have already elucidated the neurological imaginaries anticipated by contemporaneous technologies – hypnosis, brain maps, lobotomies, electroencephalography, psychotropic drugs, and tissue culture – and Nikolas Rose has postulate the emergence of a neuromolecular gaze in the second half of the twentieth century. Does film conform, subvert, revise these narratives? 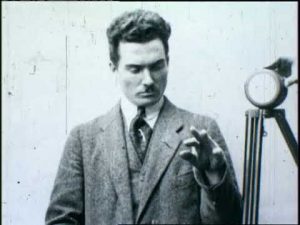 We concentrate on the German neurologist Kurt Goldstein (Katowice (Poland) 1878 – New York, 1965), author of The Organism (1939 [1934]). Goldstein’s emphasis on the complexity of the “performances” of the body of those with damaged brains speak both to the usefulness of film for his work and the limitations in the current understandings of these films. Some scholars (among them Stephanos Geroulanos and Todd Meyers) have already begun elucidating these particular films. Understanding how Goldstein captured, staged and edited “complex performances” of pathology on film will offer new insights on the tensions between his ‘holism’, reductionism and the molecular vision of the brain that has come to dominate since the birth of ‘neuroscience’ in the 1960s.

Given the multidisciplinary nature of medical film – which is at once about technology, visuality, aesthetics, medicine, and history – this project demands that the conventional disciplinary boundaries of the academy fall. This kind of cross-pollination has become increasingly critical, not just to capture intrinsically multidisciplinary objects – like film – that exist at the borders between disciplines, but also because it models a new mode of scholarship better befitting the interconnectedness of the world we live in.

This website documents what we have been viewing, reading, and contemplating including the films which form the backbone of this investigation.