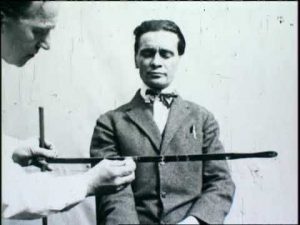 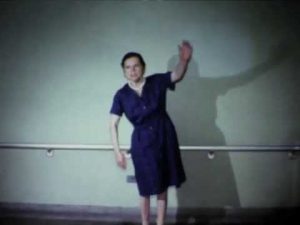 What is it to see difference or pathology? We are becoming familiar with brain images produced by scanners that render the brain thinkable in terms of its neuronal structure, its patterns of activation, its neural circuits. In this workshop we will explore a different ‘neurological gaze’ as it took shape in the films of ‘holistic’ neurologists Kurt Goldstein (1878-1965) and Oliver Sacks (1933-2015). Both sought to counterbalance reductionist perspectives of disordered nervous system. Their emphasis on the complexity of the “performances” of their patients made film a crucial technology of documentation and diagnosis.

Medical film has of course been involved in the process of distinguishing the normal from the pathological from its introduction, creating as it went a new visual language of disease. As neurologists set out to capture movements on film and thereby translate the inner workings of the human brain onto the screen, they also created new neurological imaginaries. What do the films of Goldstein and Sacks imply about their conceptions of embodied and embrained human beings?

In this workshop we have invited invite commentators from diverse disciplinary backgrounds—social scientists, psychiatrists, neurologists, scholars of film and performance, historians, neuroscientists, and visual artists—to comment on the films. For us, they raise questions about the relation of the ephemeral and the durable in neurological films, about the hopes for seeing brains as embodied and emplaced, about filmed performances, and about retrospective diagnosis of subjects (and films). In showing and discussing these films, we hope to provoke wide-reaching, creative and open-ended reflections and speculations to think through and discuss the intersections of film and neurological imaginaries.

This workshop is funded by the King’s College London Neuroscience & Society Network, in conjunction with a King’s Together Award.